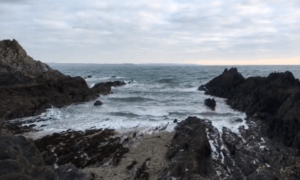 The Businesses Community St Albans asked us to post something on the TBC website that may motivate someone else in their business or their life, so we felt compelled to take up the challenge.

After taking some time out, including from social media which has been a MASSIVE first for us, it’s now getting close to being “fully back at work”.

Even though we put our out of office on until 7th January, when you work for yourself it’s hard not to “dabble”. But I must say that probably for the first time in the 10 years we’ve been running a business, I have “dabbled” far less than usual and it’s been a fantastic feeling.

I have to confess that by the end of 2018 I was knackered! It had been an “interesting” year full of ups and downs, but I’ve always loved a roller coaster! I felt that social media was consuming me and that keeping up with everything was tiring – what with websites, twitter, facebook, facebook stories, instagram, instagram stories, linked in, facebook pages as well as running the businesses themselves!

So, get to the point, Sue, my motivational tip to you would be – Don’t get consumed by everything around you! It’s crazy out there! You just cannot keep up with every single thing that’s going on and you don’t need to.

Even though you may have had a break over the festive period, catch up with your urgent emails and then make a date in your diary to breathe and plan what it is you want to achieve this year and ongoing.

Including time for yourself!

It really is ok not to be busy working all of the time!

That it is ok to tidy the house! Go for a run/dog walk, or get into cooking!

So, I’m going to dabble a bit until I’m “officially” back on Monday, unpack from a fab holiday, take the decs down, tidy the office – then it will be answering the emails I haven’t already replied to and then setting my step by step goals.

So really, in a nutshell, I think I’m trying to motivate you by saying don’t get caught up in the “frantricity” of life – keep things simple, focussed and be happy! Life is for living!