Our story – that of the St Albans Businesses group and later The Businesses Community is one that we’re incredibly proud of.  It’s definitely got a few more chapters to come but here, as they say, is the story so far…

Back in 2009 one of the team, Sue Wybrow, accidentally started her own business, Popdance.   From what started as a hobby, this ‘accident’ led to her resigning from her job and her setting off on a massive learning curve on how to run your own business.  Being the sort of person she is (driven, full of ideas and seemingly limitless energy), Sue realised there were many other people out there like her who had taken the leap of faith and “gone for it”.

So she started networking and started the first St Albans Jelly – which, ironically, was held in Redbourn.  Business owners brought their laptops to The Hot Office and worked together in the boardroom once a month.  The jellies grew and moved to the King Harry pub in St Albans as more space was required.  With more space came more people and relationships began to form, tips were shared and a little bit of the office ‘banter’ crept in – but just on one day a month.

The Jellies are still an integral part of The Businesses Community St Albans and remain a monthly hub of support, ideas, creativity, advice and the occasional portion of chips.

Facebook.  By this point, Facebook groups were well established so the natural progression from the Jellies was to start a group where people could keep in touch during the rest of the month.  The group meant that people could ask questions, share useful information, feature events and generally help and support each other.   This group grew and grew (and continues to grow) so a weekly structure was put in place which is still going strong.  An active management policy was implemented by a team of volunteer admins and moderators to make sure that the group remains useful and spam free.

Now our TBC members have their own group where they can support and help each other, hear first about what’s going on and get tons of member benefits.  We also have a Facebook page which shows the world what we’re up to as a community. 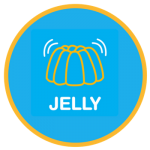 Now we had the Jellies and Facebook but we wanted more!  Concious not to over fill inboxes, the monthly “Get Business Wise” emails started – keeping anyone who subscribed up to date with all The Businesses Community St Albans news.  Version 1 of the website was being created to act as a central place for all things business in St Albans and a platform for members to share news, business stories, events and other relevant information.

Our first event!  In January 2016 we worked with Oaklands College to show off what St Albans had to offer businesses – and the first version of the website, and the first membership packages were launched.  We announced that our chosen charity was Homestart with £5 from every membership being donated to them.  Then things really started to get going…

Membership was growing, the Facebook group was growing, we made a BAFTA nominated video for Homestart, the Holiday Inn Express opened, welcomed us all and hosted another event for us.  We were still Jellying (if that’s a word?), building relationships and helping each other out.  Collaborations were being formed, business names thought of and practical help offered – the ‘know, like and trust’ mantra was really established, the YouTube channel started and amidst it all, we were all still running our own businesses.   Website version 2 was being sketched on the back of an envelope and sister communities were being discussed.  Oh, and we made a ‘naked’ Christmas card to sell in aid of Homestart.

2017.  Just when we thought things were getting busy, Sue took the whole thing up a gear.  In 2017 there were 2 sell out events, our first Achievement evening, we published a book of amazing business stories, registered members hit 100 (and kept rising), the start of the Jelly Baby monthly meet ups, version 2 of the website, a Christmas video and a Christmas concert for Homestart, some socials, the main Facebook group membership passed 3500 members…  and at some point we took a breath!  Then Enfield Businesses started and the umbrella group of The Businesses Community was formed.

2018 started with another amazing business event and all aspects of the community are growing.  We’ve just upgraded the website to offer even more functionality for our members (including a shop that makes #ShopLocal even easier for people) so that we can keep helping them tell other businesses, the community and new customers what they do.  Plans are already in place for another WooHoo celebration evening in June, with even more networking events. 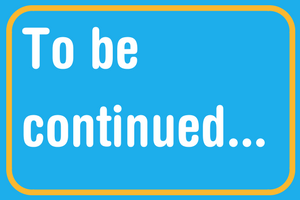 Ready to be part of this story… find out about joining!